The lucky ones, those who can take a trip to South Tyrol will firstly be pretty confused about this beautiful place on earth. Next to pizza and pasta, ‘Schuettelbrot’ and ‘Schlutzkrapfen’ will take its place on the dining table. While having a walk through the city there will be an Italian fleer combined with the feeling of being home. And here’s why: In many parts of South Tyrol people are speaking German. We – Melanie and Sarah – volunteers of the youngcaritas (Germany) of the Maerkischen Kreis (region in GE) had the pleasure to get this exciting region and its wonderful people known while the Action Meeting of the YoungCaritas in Europe. 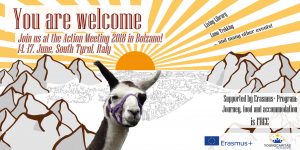 Our trip already started on the 06/13. We were lucky to get – pretty spontaneous – accommodation by Sarah’s aunt and uncle in Cologne (thanks to them!). On the next morning we packed our stuff and stroke out to enter the train, bringing us to Bolzano, in great anticipation. Arriving at the train station in the afternoon we were welcomed by Lisa – an ambitious volunteer – of the youngCaritas South Tyrol. She picked us up by car and brought us to our accommodation. The so-called  ‘Lichtenburg.’ – An educational institution which is surrounded by apple trees and mountains. From that on we jumped straight into action. We didn’t even unpack our luggage and were still wearing our long pants, which was a consequence of coming from the cold Germany, when we were welcomed by Nicole and Silvia. – The very motivated stuff of youngCaritas South Tyrol. As a warm-up they asked us to take part at the ‘dance of tolerance’. Side information: Hiking shoes were in pretty much every situation very useful companions: While dancing next to barefooted people, it may have seemed a little bit awkward to wear them, but at least we had much more space. Arriving at the Lichtenburg again we finally could take off our incongruous clothes and had a lush dinner so we even more looked forward to the rest of the evening. Afterwards people presented their respective country. While Germany presented its country with the help of Haribo Gummibaerchen and an umbrella the other volunteers gave us a colorful mixture of self-ironical acting about clichés, a flamenco dance crash course and many many food specialties.

The next day we had a substantial breakfast, afterwards the program started with an ‘unguided guided city tour’. For that we split into mixed groups to learn more about the city of Bolzano and the people living there. Also the eye contact flash mob took place under the theme of contact between strangers. If you want to get some impressions on the eye contact flashmob watch this video:

Not only between human and human but also between human and lama the action meeting was building bonds. After a cable rail ride and a hike we arrived at the – on a mountain located– Lama Farm (follow this link to get more information about the farm). From then on we started a lama-trekking-tour having Luigi, Saqiri and Co. by our side. The absolute highlight was meeting the star of the herd: Buffon. Buffon is the lama that already met the pope. (documented here) 30.000 steps later (proved by Sarah’s fitness watch), we happily fell into our beds. 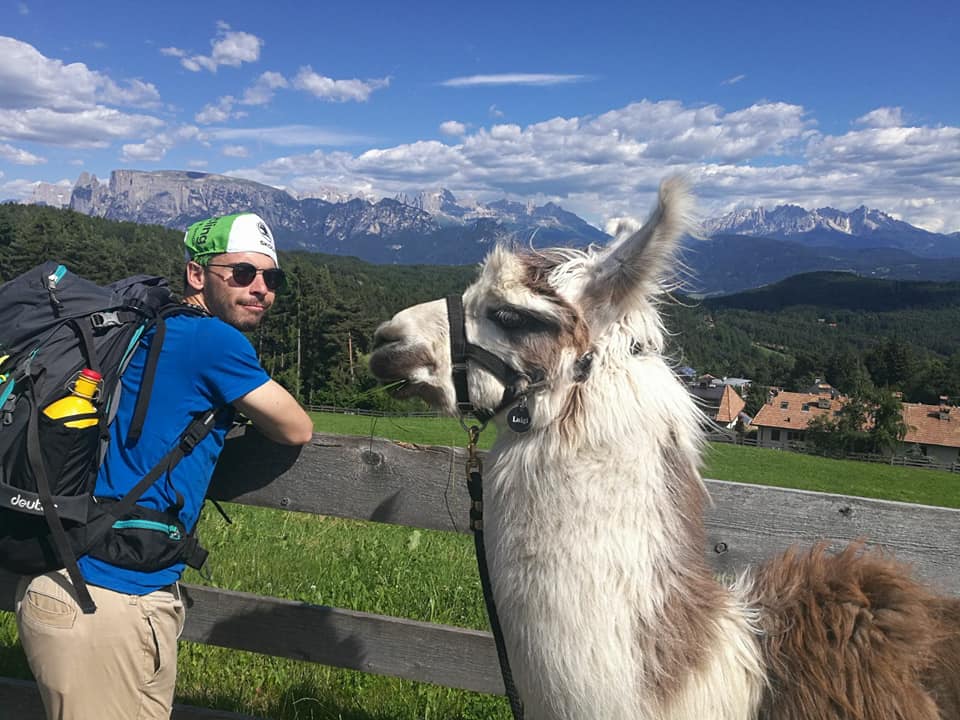 On saturday we left the house punctually at 8:30 and stroke out to a special action. We met ‘living libraries’. Five people on four stations talked about their lives. About challenges they have to pass and the ones they already mastered. Five really special humans opening up to our questions. At lunchtime the Welcome Festival started with African food. While trying to overcome the Sauerland (region in Germany) typical stubbornness which is maybe eventually possibly really existing we got surprised by the delicious African rice pudding, and well-seasoned tomato sauce. From our stubbornness also resulted that we were allowed to keep our plate after completely irrationally collecting the food of the buffet on it. After a small discussion with the cook we were allowed to enjoy our completely false composed meal. Another volunteer didn’t own this kind of persuasion and was at least assisted by the cook itself who collected a – we have to admit – perfectly composed variation of the buffet on his plate. At dinner time the orientation was way easier for us. We’re pretty aware of Sausages and Potato salad. And after three days in Italy a bruschetta couldn’t through us off either.

On sunday, the last day of the action meeting, the real work started: In small groups we discussed potential headings, hashtags and ideas for common actions on the YCiE day on the 6th October 2018 and presented our results to each other. Around lunchtime we had an evaluation session and ended the Meeting with the way to catchy tune ‘lama song’ and saying goodbye to the countless participants from all over Europe. 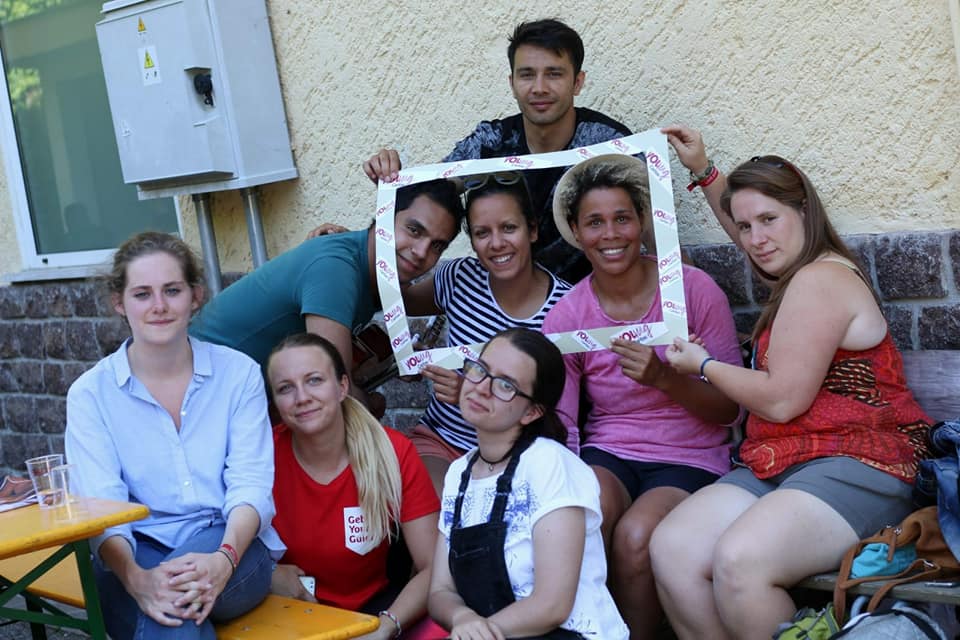 Now a wonderful weekend has passed with open minded, interesting and individual humans which will stay in our minds for a very long time. We enjoyed all those encounters and on first place learnt that communication and understanding – no matter how – is always possible. What counts is the will of an individual. We want to thank all of the people who in any way took part of the action meeting and made those wonderful days possible.

See you next time and alla prossima South Tyrol!