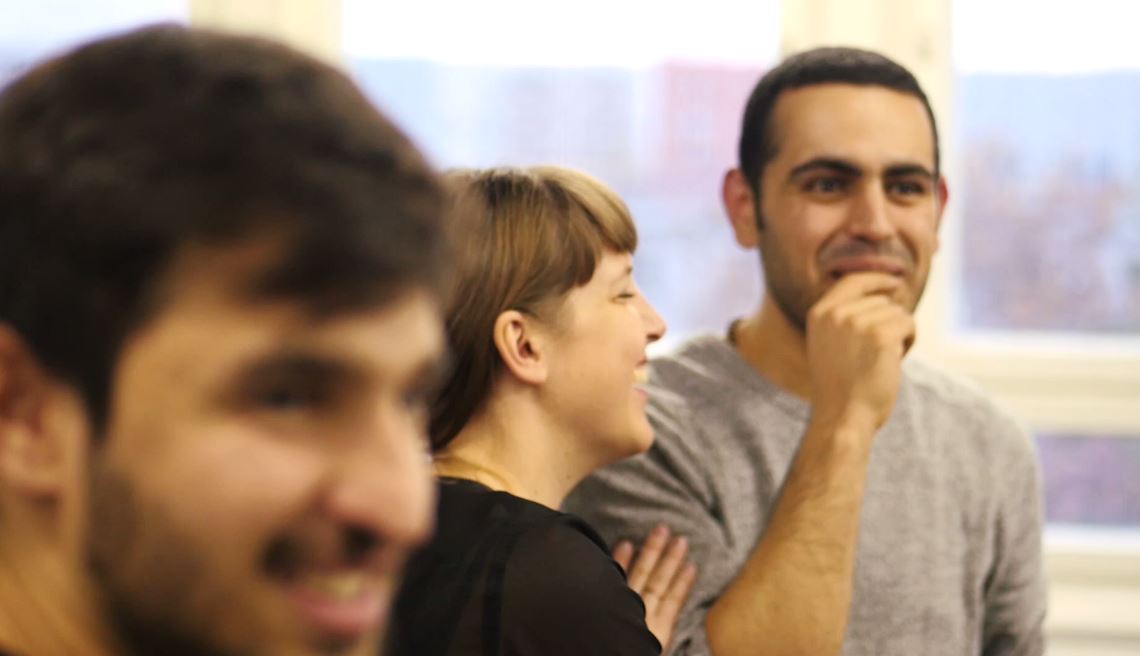 “Suddenly, I felt right at home”

What does successful intercultural communication look like? What forms does it take when two people don’t speak the same language(s)? How can they make themselves understood, express their ideas and feelings, and get acquainted? As a Turkish-American PhD Candidate in the field of intercultural German Studies, I’ve considered these kinds of questions in my research for years.

But on a Saturday in October 2016 at the Theaterhaus Berlin Mitte, I had the chance to expand my ken beyond scholarly investigation to firsthand experience by attending an excellent improvisational theater workshop for refugees and non-refugees led by playwright and stage director Vicky Zhamakochyan. 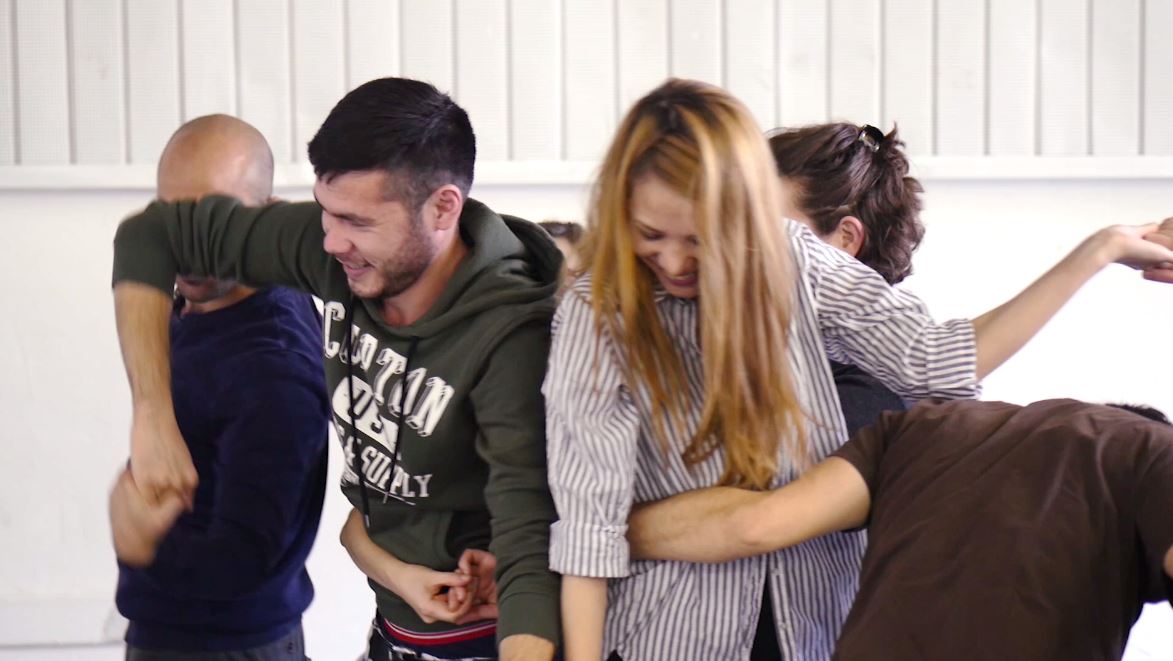 For most of the games, language was unnecessary; or rather, gestures, facial expressions, and body language were the lingua franca. At the time, I had only been in Germany for a month and a half and had mostly been focusing on settling into my new life. So I hadn’t laughed that hard in weeks – and I wasn’t alone. We all giggled like little kids when one participant played the queen and another her jester, when a Syrian man and a German woman played aliens from outer space trying to ascertain the purpose of a vacuum cleaner and when we all stomped through the room at our own paces until, step by step, we started to imitate each other and our steps transformed into a song. And, suddenly, I felt right at home.

Just roll with it

In improv, one of the first rules you learn is to never say “no” when your scene partner has an idea. Intercultural communication is itself a kind of improvisation. You must be open-minded, listen closely, and always be prepared for the conversation to go in a different direction than you had planned. Of course, the medium of theater plays different roles in every culture. Nevertheless, one commonality across all cultures is that theater reveals our humanity: regardless of your heritage, your linguistic background, the customs you practice or the social mores you observe, we all want to be understood, respected, and valued.

“Kulturbuddys” Berlin – a chance to be understood and respected

The “Kulturbuddys” of youngcaritas Berlin gives everyone this chance. And aside from all that, it’s a lot of fun.

For the past year, “Kulturbuddys” – a group of refugees and non-refugees between 18-29 years old – has met every other week for cultural excursions in and around Berlin. Its goal is to encourage young volunteers to support the integration and participation of new Berliners.

Video of the improv-theatre of October 2016:

If you want to host an improv-theatre-workshop, here are some useful advices in this How to of youngcaritas Berlin.