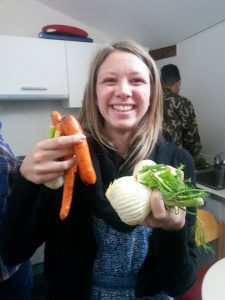 Five million tons of food gets wasted each year in Italy, which costs
the Italian government and its budget up to twelve billions Euro-
That makes about one percent of the gross domestic product.
On the occasion of the World Food Day 2017 the youngCaritas
South Tyrol invited to a workshop around the topic of food wastage.
At the end of the day they had a tasty but most importantly non-waste meal together!

How can one avoid waste?

First of all, partly shocking, facts and figures were shown to the teenagers to sensitize them to this topic. Afterwards the teenagers worked on suggestions how to improve the dramatic situation. Cooking meals with leftovers or writing shopping lists were only a few encouragements to a sensible consumption of food.

The Highlight of the day was the walk to an Italian Supermarket in Bozen. The youths asked for food, the branch couldn’t actually sell anymore but still used to be edible. With the collected leftovers the volunteers cooked a felicitous meal which – surprise surprise – did definitely not taste of scrap.
Such actions wouldn´t be possible, if there hadn´t been the new Italian law against food waste in spring 2016. According to that, supermarkets are now allowed to donate products, which otherwise would be dumped, to relief organizations. In France, where the law took effect afore, the supermarkets even have to expect penalties for casting away edible food. 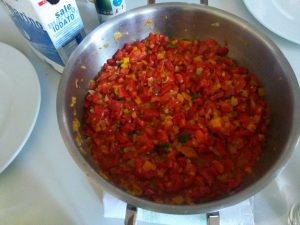 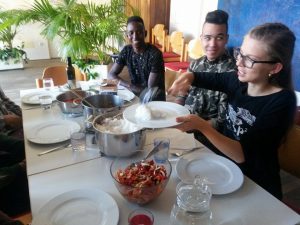 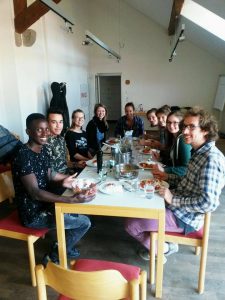 The teenagers and young adults took up their voluntary service at the youngCaritas in South Tyrol (Italy). Consequently their duties and responsibilities are very different from each other: While many of us work with refugees, others are in charge of organizing and executing different project. Quite a ragtag group – linguistic as well as cultural!