Paul Galles from Young Caritas Luxembourg was awarded with the European Citizen Prize 2016 in the Europian Parliament and YoungCaritas in Europe is with him. Congratulations Paul! 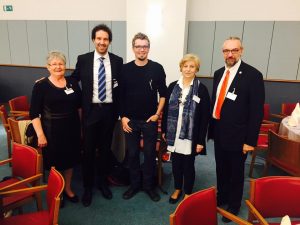 Caritas Europa wrote: “Congratulations Paul!! The European Parliament is awarding today our friend Paul Galles with the European Citizen prize 2016 for ‘his efforts in coordinating young volunteers working with refugees in Luxembourg’!!!!”